With the clock ticking on my move in the near future I was recapping on some of the bands/shows I have had the pleasure of being a part of here on Oahu. I ended up with a list of things and thought I would share them. I know for sure I am missing somethings here and there but I think I got the bulk of it! Let me know if I am missing anything :P

Celebrate the Arts! Solo Ukulele at the Hawaii Theatre

Founded fusion/rock/funk trio Broke Aesthetic in January with Max Benoit and Michael Nakamoto. Played the Waikiki/Chinatown circuit. Opened for the Republic Music Festival at the Kaka’ako Waterfront Park and at the Maui Arts and Cultural Center. Funny story, we were actually suppose to do a live jam with the artist Gyptian but due to unforeseen circumstances Gyptian was not able to make it so we got the opening slot! We recorded some unreleased tracks at Jolt Studios with Joel Thomas and released our first ep House of Bones which we recorded with Jordan Mamiya (Prevail) in March 2013. The band disbanded in July 2013 with Mike moving to Japan and Max leaving for Seattle in October.

Joined and formed improv/freestyle hip-hop rock group Illisit and the NME Band alongside Illisit the Misfit, Navid Najafi, Aksent Topou, Ernie Ercala, and Mike Nakamoto. Band played several shows in mid-2013 in the Chinatown/Waikiki circuit. Recorded several live jams with Illisit and Mike at Soul Sound Studios which ended up becoming some of the tracks featured under the album The Akira Project (alias of Illisit). After Mike’s departure the group continued under the name The Akira Project with rotating musicians. Filmed debut music video Strange with Zach Manzano in October. The album The Akira Project (Stephen Lynch/Brandon Apeles) is currently nominated for the 2013 Na Hoku for Hip Hop album of the year. 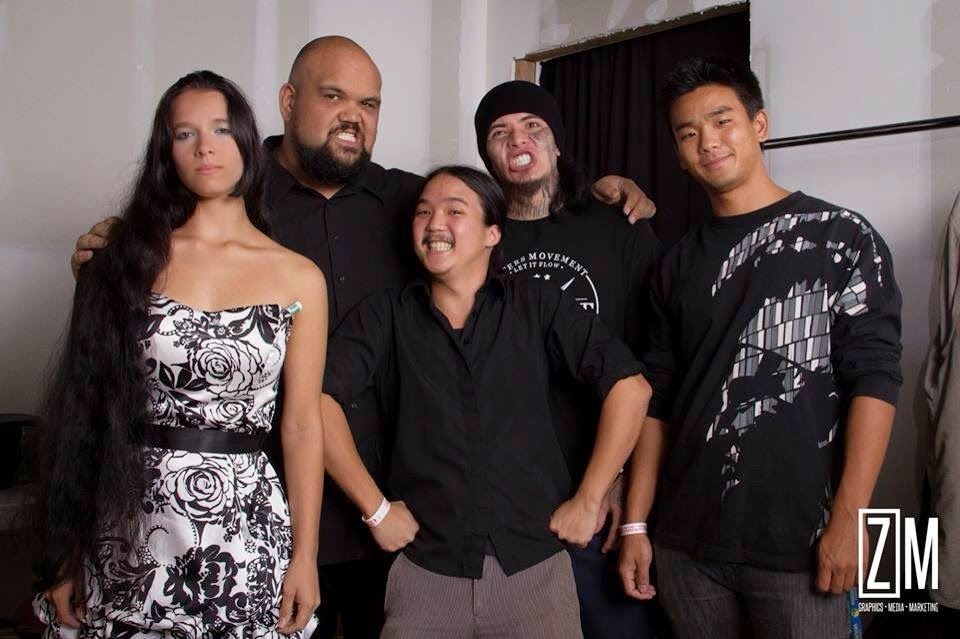 Joined the Alternative HI group for a performance at the 2012 Na Hoku Hanohano Awards show featuring a medley from songwriters Erika Elona and Kelli Heath Cruz.

Joined Kings Of Spade for a Guns and Roses Tribute show at The Republik and Charly’s in Paia, Maui.

Played the first Hashtag:No Filter Improv show at the Doris Duke Theatre. Featuring a large ensemble of musicians from different genres of music.

Joined an unnamed RnB/Funk/Fusion/Soul group in August with Ken Lykes, Will Tafolo, and Jeremy Robinson. Recorded song That’s On You at Soul Sound Studios (Ken Lykes/Locke Lynch). After Jeremy’s departure the group was joined by Von Baron and soon after Danny Carvalho in 2014.