It was about time to return from the long overdue update.  Here are two that I am more than excited to announce: 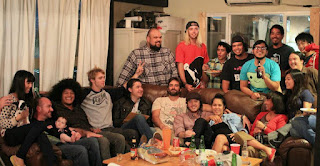 1. Alternative HI, an album released by the 'Aumakua Records record label, featuring local musicians within the underground music scene, produced by Brandon Apeles and Shawn Livingston Moseley, is to be released soon within the next month.  It features some of the best Hawaii has to offer including acts Mike Love, Sing the Body, Mano Kane, Erika Elona, Mantra, and Disaster Kit.  Sex Puppet will also be featured on the album as number 13 of this 18 track monster album.  It really was an honor to record with Moseley and Sex Puppet is glad to be a part of this amazing album. 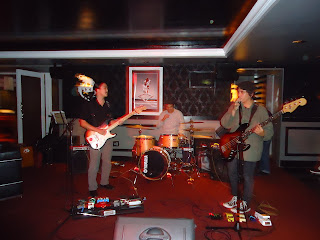 2. BROKE AESTHETIC! That's the news.  Max Benoit on bass, Mike Nakamoto on drums, and myself on guitar. The three of us got together to form this new power trio of wonder.  Doing our first show at Apartm3nt this past Tuesday for Brandon Apeles 9th consecutive 21st birthday (hats off to the many musicians who performed), Broke Aesthetic did an almost full original set featuring full writing collaboration between the three of us.  For those of you who came down (so many to mention) who came down to support Broke Aesthetic's first performance, you guys rock and it really means a lot to look up after sweating out a song and seeing you folks.  You guys are the best! It's been such a great experience so far and looking forward to the next step (larger public debut in the future!).